Vocal technique, performance of songs, development of a repertoire of its own, recording of demos.

ADDRESS WHERE THE CLASSES OF PHYSICAL FROMA ARE GIVEN: In front of Armenian Square, Palermo.
CITY: Autonomous City of Buenos Aires.
COUNTRY: Argentina. 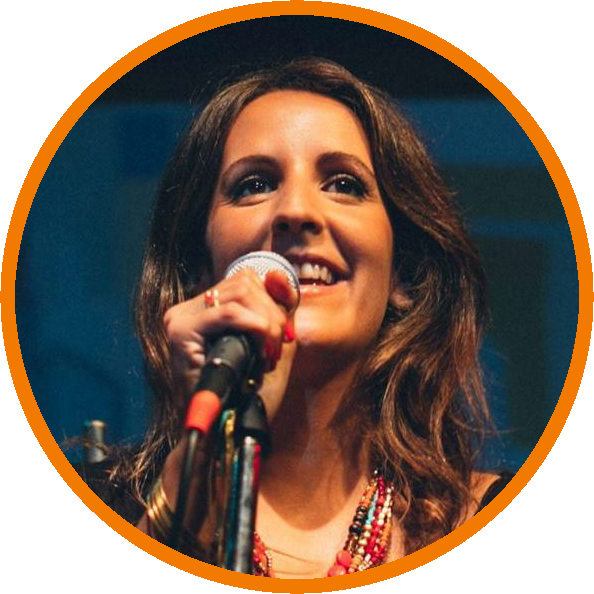 "Ceci's classes are the most! In addition to improving the day-to-day technique, we choose songs I like to work with together. It helps me with the management of my voice which, being a teacher, is super important She is an excellent teacher and person!" Andrea Stilerman. Teacher.

"I love Ceci's classes. It teaches you techniques to exploit your potential. They are super personalized and adapt everything to each student. It conveys his passion for music and you enjoy them very much." Ana Roldan. English teacher.

BREVE CURRICULUM: Ceci Mendez is a singer-songwriter from the city of Buenos Aires, Argentina, who has just released PODER SAY, her new folklore album, accompanied by more than 20 top musicians. She represented Argentina at the "58th International Festival of the Song of Viña del Mar" in 2017, with a song of her authorship and was invited to festivals such as the "44th Colombian Andean Music Festival Mono Nuñez" in Cali, Colombia (by Ibermúsicas); the "Cycle From Dos Orillas 2017" in Valencia, Spain; the "Tobago Jazz Experience 2012" in the Caribbean and the "Pappary Jazzy Festival" in Natal, Brazil. The Government of the City of Buenos Aires selected it to be part of the program of Bares Notables 2017 and declared of Cultural Interest the project of recording its third album PODER SAY. He also gave concerts in important halls of the City of Buenos Aires and Bogota, in the Auditorium of Tenerife in the Canary Islands (chosen by the South Atlantic Performing Arts Market), at the 1st May Municipal Theater in the City of Santa Fe (with the support of the FADC), among others.

He teaches individual and group singing in his studio in Palermo, where he also made recordings for different song and jingle projects on request in English, Italian and Portuguese. He taught group singing workshops and song lyrics on his international tours and in centers such as the Music Club or nancy Nakazato Yoga. She is studying the 3rd year of the 4-year program of Musical Reading and Harmony by María del Carmen Aguilar and studies vocal technique in a particular way with the phonoaudiologist and singer Roxana Valente more than two years ago. During 2016 he attended the annual seminar of Didactics for the Teaching of Song by Marcela Pietrokovsky (author of the books: Therapy through Singing and The Secret of Your Singing). In the past, she also studied with other singing teachers, such as Nora Malatesta, Leticia Caramelli and Veronica Glass. He also took piano, guitar, theatre and percussion lessons and took courses in song lyrics writing with Raimundo Rosales and Lucho Guedes. She holds a degree in Social Communication and manages English and Portuguese fluently.

CLASSES TO DOMICILIO: NO

ABSENCE OF THE STUDENT WITHOUT NOTICE: It is charged anyway, unless you notify up to 24 hours before.

THE TEACHER CAN TEACH GUITAR AND SINGING, ONLY FOR BEGINNER STUDENTS.