IMPORTANT: THE SHIPPING COST MUST BE ADDED TO THE PRICE OF THE INSTRUMENT. SHIPMENTS OUTSIDE THE COUNTRY OF ORIGIN (ARGENTINA) ARE MADE WITH SERVICES SUCH AS DHL OR SIMILAR.

Built in several pieces both in its box and in its handle, choosing the best and most stable materials. The “laminated” construction collaborates in the stability of the instrument, avoiding twists and curves in the woods. The ronroco is characterized by having a deep, praised timbre and with a certain delay. At the same time, it is important to achieve a first note that “sings” correctly, as well as a long note duration or “sustain”. To achieve a powerful sound, but at the same time maintain the depth and delay in the sound, it is important to generate a very rigid structure in your soundbox (without raising the weight unnecessarily) and a work on the top that allows a quick response, without effort. of the right hand. This is achieved, in addition to the correct choice of top material, by making a harmonic barrettage according to the frequencies of the instrument. 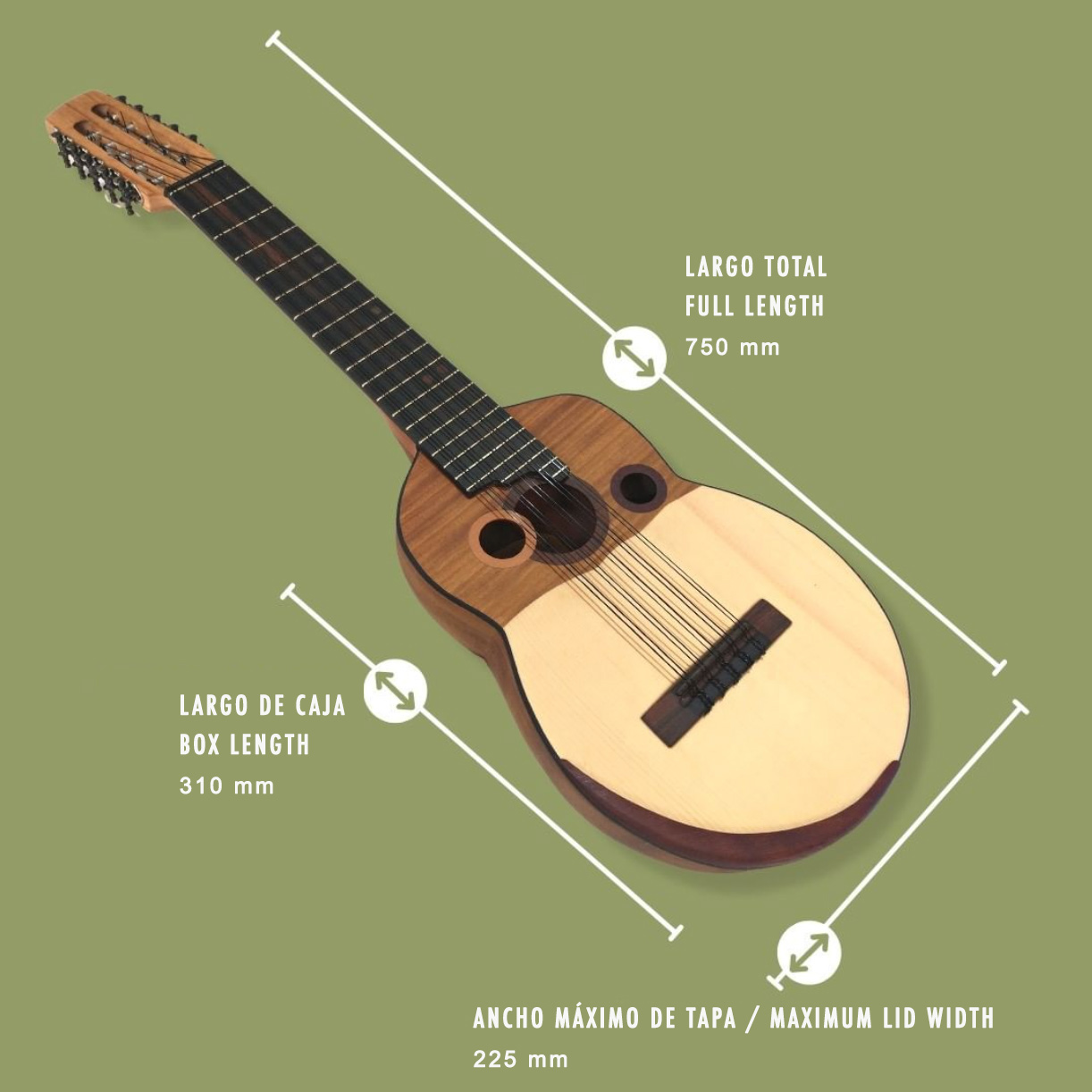 VIDEO REFERENCE OF THE INSTRUMENT OFFERED

Gustavo Santaolalla and the ronroco, his favorite instrument.

Important: this model is not produced by our work team.

Luthier of Latin American plucked string instruments and classical guitars since 2004. Specialized in charangos and ronrocos, his search is oriented to the design of comfortable, easy-to-play instruments, paying special attention to durability and stability, projection and precision in tuning.

The ronroco or charangón is a plucked string chordophone from the charango family. Keeping the same intervals, a quarter away from the “type” charango, this instrument was promoted by the Bolivian musician and luthier Mauro Nuñez (more details below). Since the 1970s, with the contribution of musicians such as Jorge Milchberg (Urubamba, Los Incas), Jaime Torres, and Gustavo Santaolalla. The ronroco has overflowed the repertoire of Andean folklore and is used in various genres and styles for its attractive timbre.

The ronroco is a larger relative of the charango. Usually tuned one octave lower (MI).

Gustavo Santaolalla, in an interview conducted in 2013 by Rolling Stone magazine, says about the ronroco:

“It is a very particular instrument, like a charango, but lower. The characteristic that distinguishes it is that it is tuned in MI, unlike the charango that is tuned in LA and SOL. But they are definitely from the same family. Both are originally from northern Argentina, Bolivia and Peru”.

How was the Ronroco produced and whose idea was it?

The ronroco is a charango. And he was not born in northern Argentina, nor in Peru. The creator of the instrument was the great Bolivian teacher, Chuquisaca from Villa Serrano, Mauro Nuñez Cáceres (1902 – 1973). In the 40s of the last century, Mauro, who was a talented luthier, experimented building several charango registers, calling his work (which is also musical/compositive) charangology. 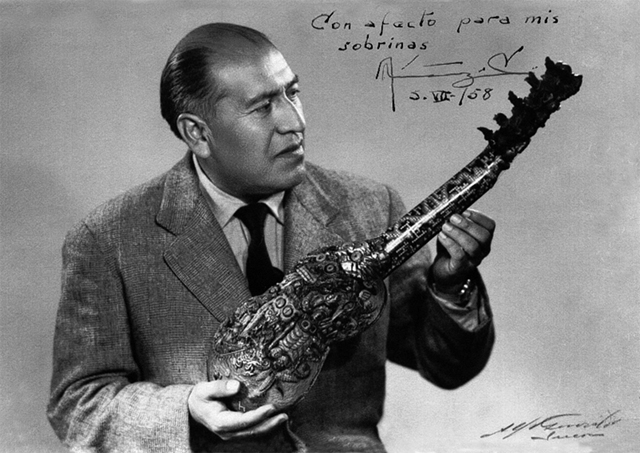 Mauro Nuñez consolidates four main registers in the charango orchestra: a chula (high), the medio (later standard), the machu (ronroco) and the requinto (bass). The latter was replaced in his public performances by another interesting invention of the great master, the k’aratiña, a kind of double bass made of sheep’s gut, with a resonance box in a Creole bass drum.

Beautiful creations, now classics, were created by Mauro with this ensemble, such as “Poncho ponchito”, “Canción y huayño”, “Preludio para charango”, “El arriero” or “Under the sky of Potosí”. And he also created for this conformation the famous chajchas, the goat’s feet that today are a consolidated universal percussion accessory.

The ronroco machu was affirmed years later by the musician and luthier Wilson Hermosa and incorporated with great success in the Kjarkas ensemble, whose folk ballads shook the music market of the 1970s.

Produced and presented by the Hermosa brothers from the group “Los Kjarkas” from Bolivia. A large charango with a total size of 80 cm. It has a 60 cm vibrating string, its tuning is natural temper but one octave lower and with orders four and five octaves. In Argentina and Chile it is known as ronroco.

Undoubtedly, this is one of the most outstanding instruments, since with the incorporation of great groups such as Los Kjarkas into the gigs, it allowed them to stand out on the world stages of those years.