The Bombo Legüero drum is an instrument of the membraphone family, popular in Argentine folklore and originally from the province of Santiago del Estero. It is called legüero (leagues) because of its intense sound that can be heard in the countryside many leagues away, a distance measurement that is equivalent to 5 km. The musician who specializes in this instrument is called bombisto.

Materials (the height ranges between 45 and 50 cm in proportion to the diameters:)

IMPORTANT: THE SHIPPING COST MUST BE ADDED TO THE PRICE OF THE INSTRUMENT. SHIPMENTS OUTSIDE THE COUNTRY OF ORIGIN (ARGENTINA) ARE MADE WITH SERVICES SUCH AS DHL

The Bombo Legüero belongs to the family of membranophones; It consists of two patches or membranes of hairy leather attached to a wooden box or cylinder by wooden strips. Both the hoops and the heads are struck with leather-wrapped mallets called sticks or sticks.

The body is produced from hollowed out logs. Generally, ceibo is used. The wood must not be completely dry, in order to facilitate the task of the craftsman. Today ceibo drums are the most sought after, but due to their high cost (the tree takes several years to reach the diameter necessary for construction), they are very difficult to obtain. For this reason, many artisans resort to sheets of guatambú and cedrillo plywood, and using several layers, they achieve a thickness similar to that of a ceibo trunk, although the sound is logically not the same. 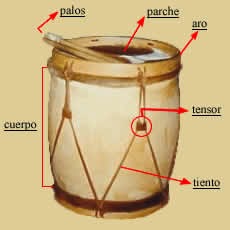 Tanned sheep, goat or goat leather is used for the membranes, and in the interior of the Argentine country some drums have been seen made with leather from the belly of a donkey, leather from the unborn (calf not yet given birth extracted from the belly of the cow), corzuela (a kind of deer typical of the Argentine countryside), and in some small drums (that is: not properly legüeros), wildcat and snake leather. Of course, in the cities it is difficult to get any of these exotic patches as well as to keep them in good condition (due to humidity).
It is recommended to use a goat skin, and a sheep skin, in the same bass drum to make the instrument obtain two different sounds.

The hoops are made of hard woods such as palo blanco and guatambú, which gives greater volume and duration to the blow of the drumsticks with which it is struck.

Raw leather (white color) is used for tientos, but the most used is sole leather (brown color). Formerly braided rawhide tientos were used. 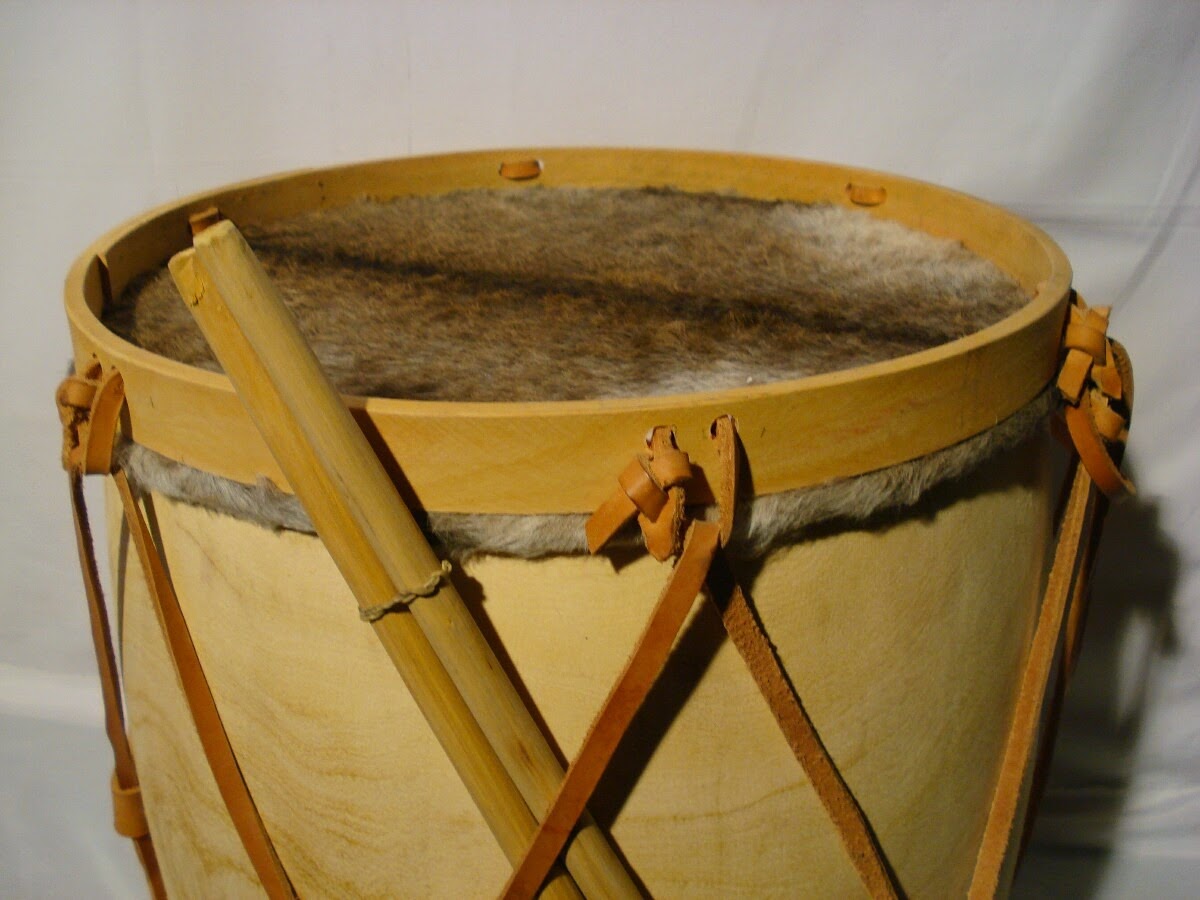 The Templaderas are generally made with pieces of leather from the patches or with scraps of tientos.

The legüero drum has had other uses apart from the musical: to transmit information signals and even as an element of measurement, in effect, traditionally in the NOA and NEA (especially in the province of Santiago del Estero) the limits of the lands of the sharecropping gauchos as far as the sound of this type of beaten bass drum could be heard very strongly (that is, in favorable conditions, more than two leagues).

ABOUT THE LUTHIER AND MUSICIAN

He was a stable member for 15 years of the group that recorded and accompanied Facundo Saravia (Los Chalchaleros). He did work for other top-level artists such as Laura Albarracín, Angela Irene. He was part of projects like Zamacuco and MateMalanga. Since 2008 he has worked as a teacher at the Escuela de Música Popular de Avellaneda (EMPA)  (Avellaneda School of Popular Music) and at the Manuel de Falla Conservatory of Music in the city of Buenos Aires. He accompanied Juan Falú in the project Cajita de Música Argentina. He is the creator of the workshop “El Bombo Legüero en la Música Argentina” that has the recognition of the Association of Pedagogues of Santiago de Cuba. This workshop has been held in Argentina, Cuba and Brazil on several occasions. Since 2000 he has been dedicated to the construction and repair of legüero drums and other Latin American folk instruments.